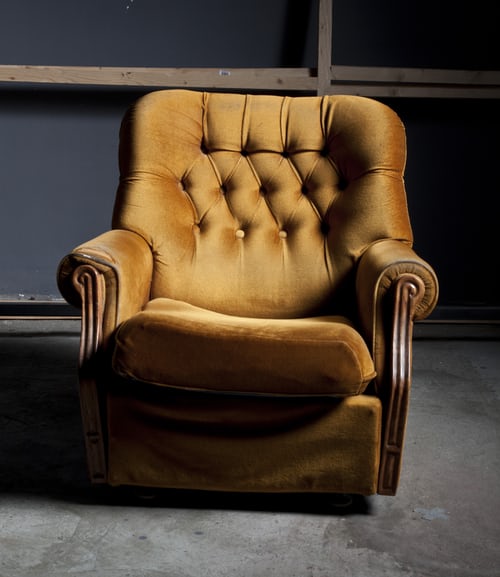 Jon D. Wilke remembers the life of Louis Evans: "’We are grateful for your thoughts and prayers,’ Pastor Evans wrote. ‘Many have asked how to help during this time. In honor of Lois, I would also love for you to consider sending flowers this week to your pastor's wife. Lois loved receiving flowers but she also loved giving them. Because her passion was ministering to pastors' wives and making sure they felt loved and cared for, your gift of flowers in her memory would be a gift to us as well.’"

Publishers Weekly announces Michelle Van Loon’s latest book: “She explains that older adults are leaving or cutting involvement in the church at high levels, often because churches provide primarily ‘family-centered programming.’ To provide what she feels is more relevant information to older readers, she includes chapters on how to manage finances (as a counterpoint to ‘prosperity preaching’), advice on searching out mental health resources, and encouragement for rethinking one’s vocation later in life.”

Morning Star News reports on the latest religiously motivated violence in Nigeria: “’They were shooting with guns in all directions, forcing the villagers to scamper into surrounding bushes,’ area resident Michael Mutding, 40, told Morning Star News in a text message. ‘Corpses of those killed have been evacuated by soldiers and police to the mortuary of Mangu Cottage Hospital; and all the victims are members of COCIN.’”

Chelsea Maxwell reviews Richard Mouw’s Restless Faith: “At the outset, Mouw sets forth the classic definition of evangelical to ground his reflection. The definition, referred to as “the Beddington Quadrilateral,” identifies four emphases defining of the evangelical movement: 1) the need for personal conversion; 2) a belief in the Bible’s supreme authority; 3) a theology grounded in the atoning work of the cross; 4) a faith that informs actions. This definition was identified by a British historian through his work on the evangelical movement in modern Britain. I found this note particularly important because, as Mouw anticipates, my understanding of evangelicalism has been limited to my own current American context, ignorant to the movement’s transnational legacy.”

The National Review looks at the legacy of Roger Scruton: “Add to his curriculum vitae a couple of operas and the script to the BBC documentary Why Beauty Matters (2009), which he also presented. ‘The pursuit of beauty’ is ‘the search for home,’ he wrote in The Face of God (2012). ‘We deface the world when we scribble “me” all over it. . . . Beauty is the face of the community, and ugliness the attack on that face by the solipsist and the scavenger.’ He shook his head at litter.

Roger Scruton in his own words: "The psalmist enjoins us to be joyful in the Lord, to serve the Lord with gladness and to come before his presence with a song.  It is a notable fact of our modern civilization, in which duties to God are ignored or forgotten, that there is very little gladness and still less singing. ‘Losing my Religion’ is a moan, not a song, and the idiom of heavy metal expressly forbids its followers to ‘join in’ when the music starts …"

Benjamin Wallace eulogizes Elizabeth Wurtzel: “But in New York media circles, for three decades, Wurtzel was a fixture by turns beguiling and exhausting, her talent and troubles congenitally bound to one another. She cycled, proudly, through jobs and agents and editors and publishers. She could treat people badly. She’d blow deadlines and be rude and endlessly dramatic. More compassionate friends chalked it up, most of the time, to mental illness and drug addiction or understood it to be the collateral damage of her life force.

Stephanie Cockroft tries to stop the flow of unhelpful generosity: “They don’t want to appear ungrateful, and the gesture is well-meaning, but people need to stop sending these items. They don’t have time to deal with this. Some of these items can be useful during normal times, however, the amount being sent over in the wake of this disaster is just too much for these organisations — especially for some of these smaller ones.”

Tim Rose tells the story of an amazing photograph: “The photo was taken about 3.30pm local time, hours before airspace over Manila and surrounding areas was shut down at 7pm. The pilot's daughter, Sydney woman Anna Mendoza, said the flight crew weren't immediately aware it was a volcano they could see.”