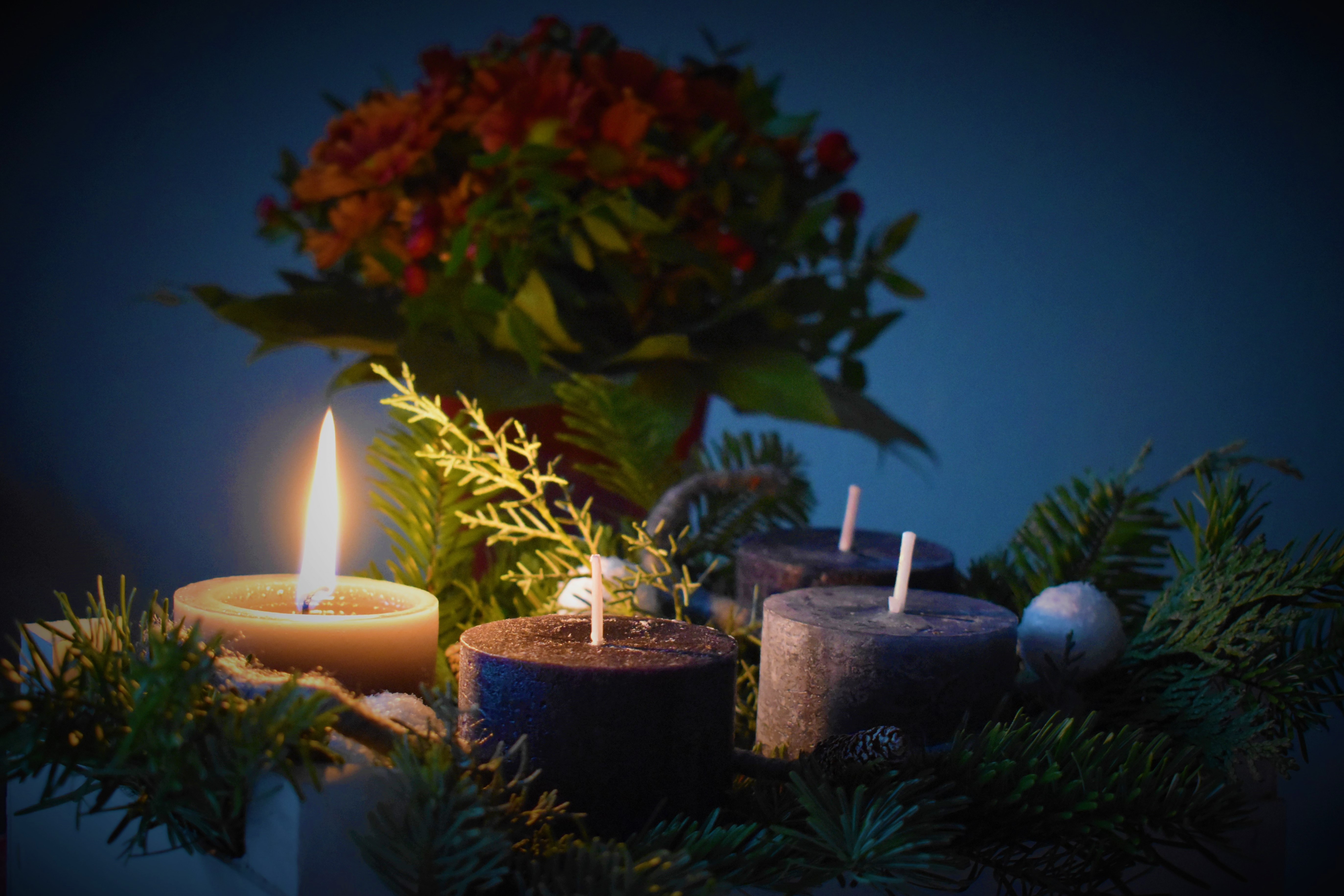 Tish Harrison Warren brings Advent to the New York Times: “I do not want to be the Grinch tsk-tsking anyone for decorating the tree early or firing up ‘Jingle Bell Rock’ before the 25th. I’m all for happiness, joy, eggnog, corny sweaters and parties, but to rush into Christmas without first taking time to collectively acknowledge the sorrow in the world and in our own lives seems like an inebriated and overstuffed practice of denial.”

Michelle Van Loon witnesses the intersection of time and eternity: “I ached for that light bulb moment to happen to my beloved child. But as I stood at the end of that driveway for months, then years, it began to dawn on me that I might not live long enough to see if and when my once-lost prodigal came to his senses and chose to return home. My growing impatience for the wait to be over was tied to both my broken heart as a mother and my own time-bound existence as a human being. The experience of sensing the timelessness of heaven so near to earth in those final hours of my mom’s life helped me understand more clearly that I was not standing in the driveway alone. Jesus was there, waiting with me, waiting for my child to come home to Him. Only He could see beyond the horizon.”

In an old but still timely piece, Anne Pharr describes seasonal compassion fatigue: “But that’s not all. We can’t ignore the time, energy, and attention this professor must give to students facing problems outside of class that interfere with their ability to complete their coursework. During a recent semester in a single class, she encountered issues ranging from cars that stopped working, fuel tanks or cupboards that were empty, computers that crashed, parents who were hospitalized, increased work hours, or mental health issues that were flaring because of the pressures inherent to college work.”

Nancy Pearcy does some necessary theological work: “‘What makes hooking up unique is that its practitioners agree that there will be no commitment, no exclusivity, no feelings,’ explains an article in the Washington Post.By definition, hook-ups are purely physical encounters with no expectation of any personal relationship. Hook-up partners are referred to as ‘friends with benefits,’ but that’s a euphemism because they are not really even friends. The unwritten etiquette is that you never meet to just talk or spend time together, explains a New York Times article. ‘You just keep it purely sexual, and that way people don’t have mixed expectations, and no one gets hurt.’ Except, of course, that people do get hurt. The same article quotes a teenager named Melissa who was depressed because her hook-up partner had just broken up with her.”

Guy Faulconbridge reports on a new discovery: “Elizabeth I, one of England’s best-loved monarchs, has been revealed to be the translator behind an English version of an ancient text by Tacitus who described the high politics, treachery and debauchery of the Roman elite. A 16th Century translation of the first book of Tacitus’s Annals - written in elegant italic hand on ruled paper - has been shown to be Elizabeth’s after an analysis of handwriting, her style of writing and the type of paper used.”

Alina Selyukh examines the algorithms of Instacart: “Maltese says her options are other minimum-wage jobs and with Instacart she can at least try to work as many hours as possible. However, Instacart also does not pay for the drive to the store — only from the store to the customer — and so Maltese spends much of her workday sitting in her car, unpaid, waiting for a decent order. ‘I work ... seven days a week,’ she says, her voice swelling with tears. ‘I just have to work and live in my car like a homeless person, in some kind of hopes of scraping up some kind of money in order to pay my bills.’"

Vibeke Venema digs into the past: “‘Then there was this big question - what would make someone give away only one of her twins? It just didn't make sense,’ says Nathan. He soon formed a theory - it was based on photographs Alan had shared, which showed that Margaret was fairer than her sister Norma. ‘My mother had olive skin, but she passed for white in apartheid South Africa,’ says Nathan. ‘I don't think Norma could have.’ Although Mary Francis, Nathan's grandmother, was registered as ‘European’, she was in fact mixed-race. Mary's father, James Francis, was British, and her mother, Christina, was of Malaysian origin, from the island of St Helena. Mary was the youngest of their six children.”

Sophia Lee visits a refugee camp in Mexico: “I decided to follow the State Department’s advice for its employees. Instead of going deep into the interior as I sometimes do in Tijuana (a city under ‘Level 2’ travel warning—‘Exercise increased caution’), I stayed close to the border in Matamoros. Mainly, I just wanted to see for myself the conditions there, since our government has sent more than 11,000 asylum-seekers back to this city. I didn’t need to travel far. Within a five-minute walk from the international bridge, I saw hundreds of tents pitched all over a public park near the Rio Grande. Many of these tents were covered with black garbage bags to protect from the rain. In this informal tent city, more than 1,200 people—mostly families from Central America returned to Mexico under MPP—live outdoors in the cold and heat. Some have court dates booked into next year.”

Chelsea & Michael Sobolik make a case for US support of Hong Kong:”The people of Hong Kong need support from the U.S. and the international community our help, and the U.S. Congress has signaled its support. If enacted, the Hong Kong Human Rights and Democracy Act would mandate an assessment of whether recent political developments in Hong Kong justify changing the city’s unique legal status. In 1992, Congress passed another legislative vehicle, the US-Hong Kong Policy Act, which established Hong Kong as a separate customs and export jurisdiction under U.S. law. This special treatment, which largely enabled Hong Kong to emerge as a global financial city, is contingent on the Communist Party of China, ensuring Hong Kong is governed with a ‘high degree of autonomy’from the mainland. Practically, it means Hong Kong must be able to retain an independent political, judicial, and economic system from the rest of the country. The Party’s severe crackdown on Hong Kong protestors, utilizing Hong Kong police forces which they control, strikes at the heart of the city’s autonomy.”

Podcast of the Week: After three great episodes on how our places shape our loves and what we do about it as believers, Ashley Hales and Brandon J. O’Brien give listeners a road map for what to do next. We invite you into a thicker discussion about faith and culture here at the Finding Holy Podcast.