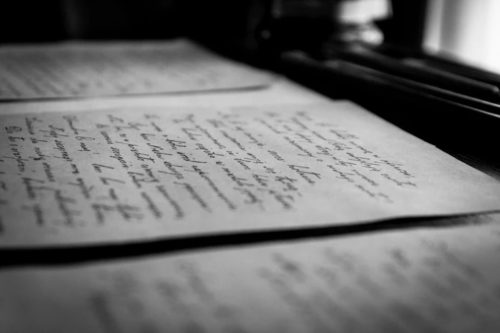 We are committed to the authority, sufficiency, and trustworthiness of Holy Scripture and to the Christian faith passed down through the creeds and confessions of the early church. These books on women in church history, recommended by Dr. Karen Prior, are helpful to that end.

Should Know: Learning from Heroines of the Faith

Throughout history, countless women have boldly stepped out in faith and courage, leaving their indelible mark on those around them and on the kingdom of God. In lively prose Michelle DeRusha tells their stories, bringing into focus fifty incredible heroines of the faith. From Catherine of Siena, Teresa of Avila, and Anne Hutchison to Susanna Wesley, Harriet Tubman, and Corrie ten Boom, women both famous and admirable live again under DeRusha's expert pen. These engaging narratives are a potent reminder to readers that we are not alone, the battles we face today are not new, and God is always with us in the midst of the struggle.

Katharina and Martin Luther: The Radical

Marriage of a Runaway Nun and a Renegade Monk

Their revolutionary marriage was arguably one of the most scandalous and intriguing in history. Against all odds, the unlikely union worked, over time blossoming into the most tender of love stories. This unique biography tells the riveting story of two extraordinary people and their extraordinary relationship, offering refreshing insights into Christian history and illuminating the Luthers' profound impact on the institution of marriage, the effects of which still reverberate today. By the time they turn the last page, readers will have a deeper understanding of Luther as a husband and father and will come to love and admire Katharina, a woman who, in spite of her pivotal role, has been largely forgotten by history.

Together, this legendary couple experienced joy and grief, triumph and travail. This book brings their private lives and their love story into the spotlight and offers powerful insights into our own twenty-first-century understanding of marriage.

by Michael A. G. Haykin
Throughout history, women have been crucial to the growth and flourishing of the church. Historian Michael A. G. Haykin highlights the lives of eight of these women who changed the course of history, showing how they lived out their unique callings despite challenges and opposition―inspiring modern men and women to imitate their godly examples today.

by Karen Swallow Prior

The history-changing reforms of Hannah More affected every level of 18th-Century British society through her keen intellect, literary achievements, collaborative spirit, strong Christian principles, and colorful personality. A woman without connections or status, More took the world of British letters by storm when she arrived in London from Bristol, becoming a best-selling author and acclaimed playwright and quickly befriending the author Samuel Johnson, the politician Horace Walpole, and the actor David Garrick. Yet she was also a leader in the Evangelical movement, using her cultural position and her pen to support the growth of education for the poor, the reform of morals and manners, and the abolition of Britain’s slave trade.

Fierce Convictions weaves together world and personal history into a stirring story of life that intersected with Wesley and Whitefield’s Great Awakening, the rise and influence of Evangelicalism, and convulsive effects of the French Revolution. A woman of exceptional intellectual gifts and literary talent, Hannah More was above all a person whose faith compelled her both to engage her culture and to transform it.

Susie: The Life and Legacy

While many Christians recognize the name of Charles H. Spurgeon, the beloved preacher and writer, few are familiar with the life and legacy of his wife, Susie.  Yet Susannah Spurgeon was an accomplished and devout woman of God who had a tremendous ministry in her own right, as well as in support of her husband. Even while dealing with serious health issues, she administered a book fund for poor pastors, edited and published her husband’s sermons and other writings, led a pastor’s aid ministry, wrote five books, made her home a hub of hospitality, and was instrumental in planting a church. And as her own writing attests, she was also a warm, charming, and fascinating woman.

Now, for the first time, Susie brings this vibrant woman’s story to modern readers. Ray Rhodes Jr. examines Susannah’s life, showing that she was not only the wife of London’s most famous preacher, but also a woman who gave all she had in grateful service to the Lord.

Revisiting Sexualized, Vilified, and Marginalized Women of the Bible

Gain a greater understanding of gender in the Bible through the eyes of a diverse group of evangelical scholars who assert that Christians have missed the point of some scriptural stories by assuming the women in them were "bad girls."

Did the Samaritan woman really divorce five husbands in a world where women rarely divorced even one? Did Bathsheba seduce King David by bathing in the nude? Was Mary Magdalene really a reformed prostitute?

While many have written studies of the women in the Bible, this is a new kind of book--one in which an international team of male and female scholars look afresh at vilified and neglected women in the Bible. The result is a new glimpse into God's heart for anyone, male or female, who has limited social power.

by Augustine and Sarah Ruden

Sarah Ruden’s fresh translation of Confessions brings us closer to Augustine’s intent than any previous version. In this intensely personal narrative, Augustine tells the story of his sinful youth and his conversion to Christianity. He describes his ascent from a humble farm in North Africa to a prestigious post in the Roman Imperial capital of Milan, his struggle against his own overpowering sexuality, his renunciation of secular ambition and marriage, and the recovery of the faith his mother had taught him during his earliest years. Augustine’s concerns are often strikingly contemporary, and the confessional mode he invented can be seen everywhere in writing today.

Corrie ten Boom was a Dutch watchmaker who became a heroine of the Resistance, a survivor of Hitler's concentration camps, and one of the most remarkable evangelists of the twentieth century. In World War II she and her family risked their lives to help Jews and underground workers escape from the Nazis, and for their work they were tested in the infamous Nazi death camps. Only Corrie among her family survived to tell the story of how faith ultimately triumphs over evil.

Here is the riveting account of how Corrie and her family were able to save many of God's chosen people. For 35 years millions have seen that there is no pit so deep that God's love is not deeper still. Now The Hiding Place, repackaged for a new generation of readers, continues to declare that God's love will overcome, heal, and restore.

Religion and the Problem of Race in America

Through a nationwide telephone survey of 2,000 people and an additional 200 face-to-face interviews, Michael O. Emerson and Christian Smith probed the grassroots of white evangelical America. They found that despite recent efforts by the movement's leaders to address the problem of racial discrimination, evangelicals themselves seem to be preserving America's racial chasm. In fact, most white evangelicals see no systematic discrimination against blacks. But the authors contend that it is not active racism that prevents evangelicals from recognizing ongoing problems in American society. Instead, it is the evangelical movement's emphasis on individualism, free will, and personal relationships that makes invisible the pervasive injustice that perpetuates racial inequality. Most racial problems, the subjects told the authors, can be solved by the repentance and conversion of the sinful individuals at fault.

Combining a substantial body of evidence with sophisticated analysis and interpretation, the authors throw sharp light on the oldest American dilemma. In the end, they conclude that despite the best intentions of evangelical leaders and some positive trends, real racial reconciliation remains far over the horizon.