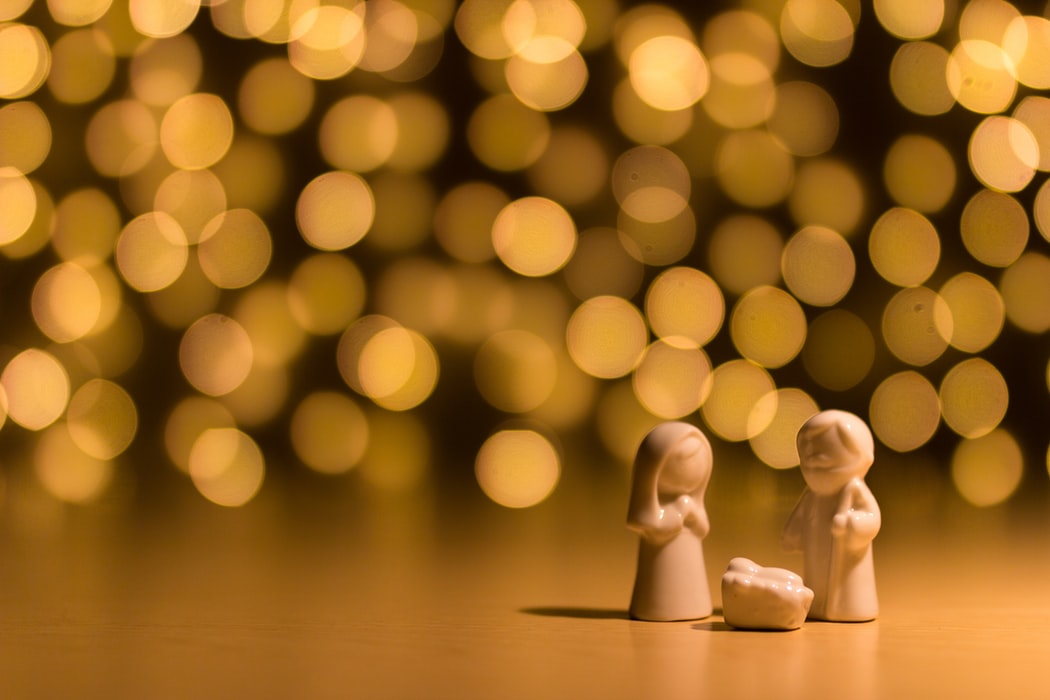 Sophie DeMuth reviews Daniel Darlings’ new book on Christmas: “One of the greatest strengths of the book is its ability to zoom in on the details of each character’s story while also keeping the entire context of scripture in view. Instead of staying within the confines of Matthew and Luke, Darling ventures from Genesis to Revelation showing how Jesus’s birth didn’t occur in a vacuum. The Christmas story—and its characters—are significant not only because of their presence on the micro level, but also because of where Christmas falls in the grand story of the Bible.”

Emma Green visits a small Catholic community: “At a time when American politics is so fractured and dysfunctional, the idea of huddling among our own holds undeniable appeal. SSPX parishioners believe they know God’s way and try to follow it, largely unencumbered by those who do not share their views. But there is peril in the premise that we would all be better off living among our own. Democracy depends on the friction that comes from encounters with difference. The movements for abolition, enfranchisement, labor dignity, and civil rights all stemmed from factions of Americans demanding rights and basic respect from their neighbors. If the country’s most fervent believers, whether Catholics, evangelical Christians, civil-rights advocates, or environmentalists, were to simply give up their visions for a better nation, the American project would stagnate.”

The American Enterprise Institute aggregates the data regarding religion in American family life: “Approximately one in five (19 percent) Americans raised in a religious tradition no longer identify with any religion as an adult. But patterns of religious disaffiliation are not constant across demographic and political identities. Younger Americans report much greater rates of disaffiliation than do older Americans. Three in 10 (30 percent) young adults raised in a religious tradition growing up say they no longer affiliate with one as an adult. Among seniors, only 11 percent of those raised in a religion are currently unaffiliated.”

Christopher Eames reports on an incredible discovery: “Others have criticized Dr. Mazar for using the Bible. These critics say Mazar cannot be trusted because she has a Bible bias. The fact is, prior to this excavation, Mazar—like many others—believed the Northern Tower was Hasmonean. She was not looking for this discovery, nor searching for evidence proving the Bible true. When the science pointed to this discovery being Nehemiah’s wall, she was as surprised as everyone else.”

Jon Henley examines the decline of Finish homelessness: “’We decided to make the housing unconditional,’ says Kaakinen. ‘To say, look, you don’t need to solve your problems before you get a home. Instead, a home should be the secure foundation that makes it easier to solve your problems.’”

Elissa Nadworny considers declining college enrollments: “Over the past eight years, college enrollment nationwide has fallen about 11%. Every sector — public state schools, community colleges, for-profits and private liberal arts schools — has felt the decline, though it has been especially painful for small private colleges, where, in some cases, institutions have been forced to close. ‘We're in a crisis right now, and it's a complicated one,’ says Angel Pérez, who oversees enrollment at Trinity College, a small liberal arts school in Hartford, Conn.”

Chris Castaldo and Brad Littlejohn tell the story of conversion: “The current epidemic of ‘conversionitis’ has many causes. In this series of essays, we will look at three different sets of motives: psychological, theological, and sociological, and we will be chiefly focusing on the causes of Roman Catholic conversion, though some of what we say will apply also to Eastern Orthodoxy. Many converts, no doubt, will foreground the theological considerations, insisting that it was the superior truth claims of the Roman Catholic Church which persuaded them. Ultimately, of course, this is the ground on which the battle must be fought, and if Protestantism cannot make its case there, the rest matters little. Still, the fact is—as Newman recognized—for most converts in any kind of religious conversion, personal and social motivations play a large role as well. In drawing attention to these somewhat less ‘rational’ motivations, however, our point is not to discredit conversion narratives as at bottom irrational, or to dismissively ‘psychologize’ any individual’s conversion to Rome. The psychological and sociological motives must be taken every bit as seriously by pastors, parents, and teachers as the theological considerations. We are not mere brains, but souls, and embodied souls at that. If Protestantism cannot sustain and satisfy the souls and bodies of its adherents, we can hardly complain when they look elsewhere.”

Jules Gomes looks at a recent high-profile conversion: “Ashenden's friendship with Abbé Rene Laurentin, expert on the Marian apparitions, blossomed into a deep dependence on the Rosary. ‘Curiously, this was accompanied by an unwanted visitation of metaphysical evil which only the Rosary seemed to overcome,’ he observed. The second factor leading to Ashenden's conversion was his discovery of the phenomena of eucharistic miracles. ‘The fact that they were unknown amongst those who celebrated the Anglican version of the Eucharist carries obvious implications," he noted. "It is of the greatest relief to belong to the Church where the Mass is truly the Mass.’"

James Parker feels ok about middle-age: “I’m generalizing from my own case, of course, because what else can I do? Besides, a sense at last of having some things in common with the other humans, the other wobbling bipeds—this, too, is one of the gifts of middle age. Good experience, bad experience, doesn’t matter. Experience is what you share, the raw weight of it. The lines around the eyes. The bruising of the soul. The banging up against your own boundaries, your own limits.”

Podcast of the Week: Karen Swallow Prior joins Ryan and Phillip to discuss her move to Southeastern Baptist Theological Seminary, the digging up of old controversies, and other news.