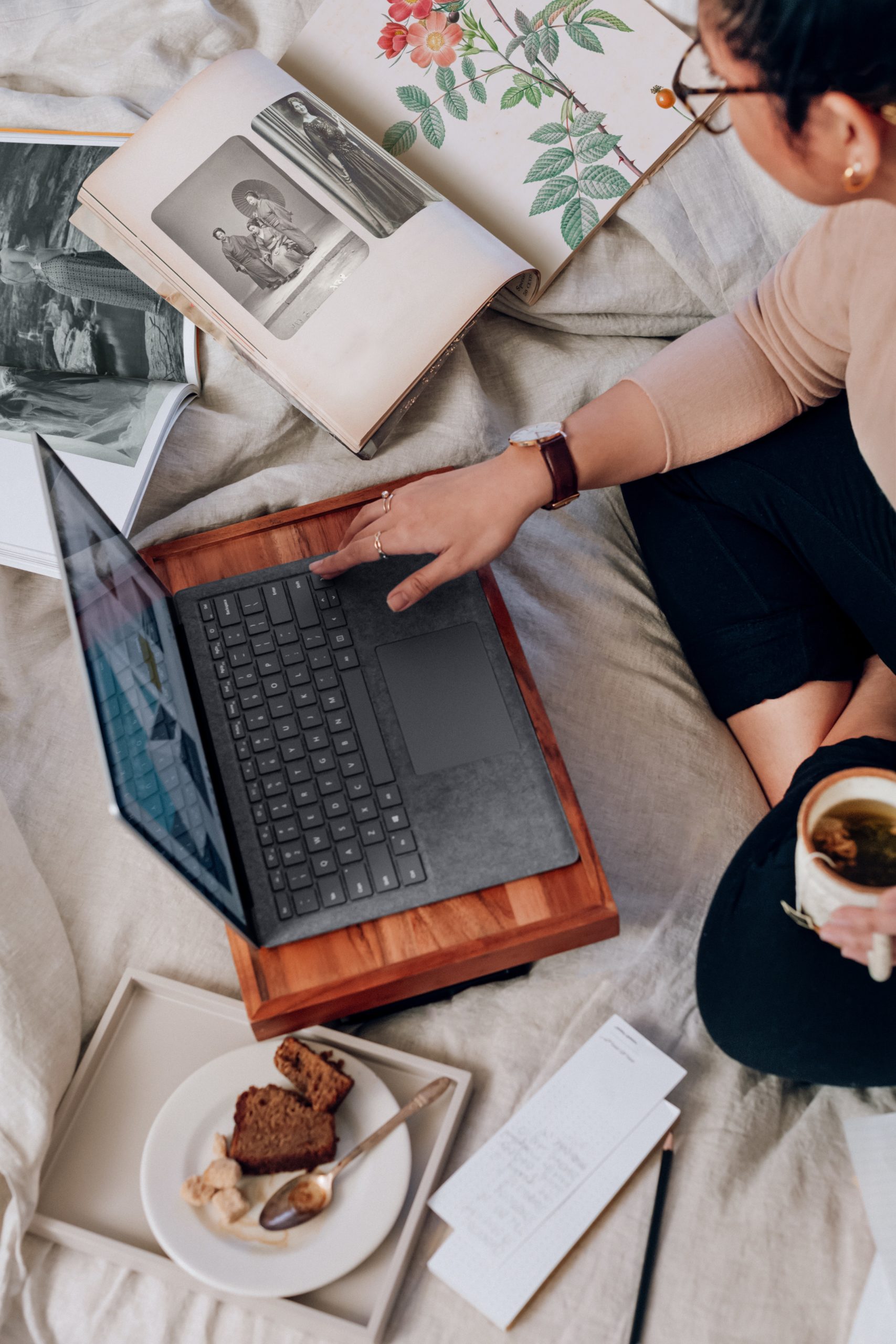 Kathryn Freeman observes the human need for good news: “The show has celebrated achievements great and small, from the teenager coming home after finishing chemotherapy to receive cheers from her friends and neighbors to the dad whose kids were celebrating his trick shot off the roof of their two-story home. On SGN, Krasinski celebrates each event with equal enthusiasm. The joy is collective, as Krasinski invites viewers to participate in the creation of the show, even adding a theme song at the suggestion of a viewer. Nothing can deter Krasinski from using his platform to bring moments of light to the dark reality of our lives under COVID-19.”

Anne Pharr ponders her anxiety and hope: “Anxious thinking is something I’ve struggled with for many years. I’m not just well-acquainted with fear; I actually have a tendency to be *more* comfortable living in its presence. Thoughts of worry create a familiar narrative for me — one with neural pathways that are as well-travelled as my running route. And though I hate to admit it, sometimes the certainty of that storyline feels strangely soothing, safer somehow than the more positive — and less predictable or certain — possibilities in a narrative that allows for hope.”

Michelle Van Loon remembers not being able to go to church: “For the first three years as a believer, I worshiped alone in my room, sustained by radio preaching and Christian books I became adept at sneaking into the house. I could not attend church on a regular basis until I turned 18. Until then, I grabbed snatches of fellowship where I could with friends at school and occasional visits to their churches when I spent the night at their homes.”

Karen Swallow Prior encourages Christians to read The Heart of Darkness: “The late-18th and early 19th centuries, the period in which the novella is set, saw an explosion of missionary societies as a result of the evangelical revival that began in the 1730s. Yet, imperialism and evangelism were so inextricably connected that 19th- and even 20th-century missions could hardly be conceived of apart from the colonizing of other lands by European countries. Indeed, colonization was often promoted and justified as a missionary endeavor with the aim of bringing Christianity and ‘civilization’ to foreign lands.”

Alain Garrigou illustrates how history is doomed to repeat itself: “Their optimism should have been tempered by the harm that trade clearly did in aggressive colonisation and economic crises, and by the harm caused by pandemics. Between June and October 1720, when Charles de Secondat, Baron de Montesquieu, was 31, plague killed a third of the population of Marseilles, half of Toulon’s, and between 90,000 and 120,000 out of Provence’s population of 400,000. How could Montesquieu and his peers ignore the fact that trade came with its own catastrophes?”

Bradley Nassiff offers a brief guide to the life and theology of a hero of the faith: “Athanasius remained in Alexandria until his death in 373. He died without seeing the victory of his defense of the divinity of Christ, which finally occurred at the Council of Constantinople in 381. Athanasius was one of the greatest of all defenders of the faith. His uncompromising defense of the Father and Son’s identical divinity (summarized in the term homoousios, “same nature”) earned him the later epitaph ‘Athanasius against the world!’ He especially is revered by the Coptic Orthodox Church, to which he belonged, but also by all Eastern Orthodox, Catholic, and historic Protestant communities today.”

Gabrielle Hamilton describes suddenly closing down a popular restaurant: “Prune is a cramped and lively bistro in Manhattan’s East Village, with a devoted following and a tight-knit crew. I opened it in 1999. It has only 14 tables, which are jammed in so close together that not infrequently you put down your glass of wine to take a bite of your food and realize it’s on your neighbor’s table. Many friendships have started this way.”

Kyle Chayka reviews How to be an Artist: “Like others in its cohort, Saltz’s book is visually appealing, with plentiful color reproductions of artwork and portraits of artists. In the introduction, Saltz describes his goal as leading the reader ‘from wondering and worrying to making real art, even great art.’ Then he adjusts expectations: The book can ‘at least help you live life a little more creatively.’”

Marvin Olasky highlights 52 good books about China: “If you’ve ever wanted to learn more about the world power from which a virus came and other threats are likely to come, now’s the time: I’m not suggesting that you read one per week over the next year, but I hope this article piques your curiosity.”

Podcast of the Week:  Laura Hardin and Paola Barrera talk about John 11:1-44 on the Ponder Podcast.