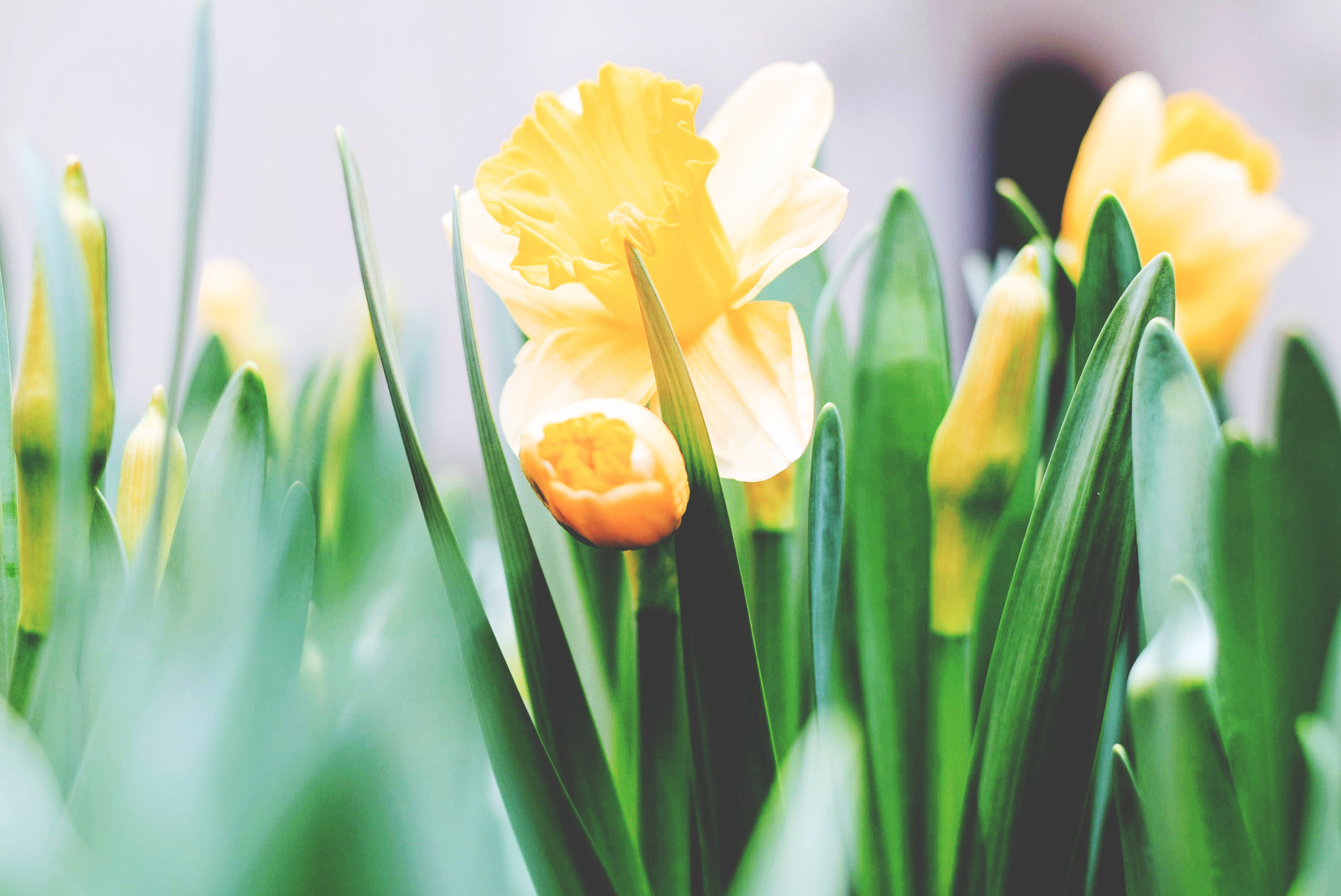 Esau McCaulley, Pelican Project advisory council member, tells the story of his conversion on Maundy Thursday: “What do we offer to the world that not one else has? When you strip everything away what remains? We have what was left after the altar was stripped. We have the word made flesh and come among us as one who serves. We have Jesus, handed over for our transgressions and raised for our justification. This is why on this night we remember that the Christian is, at the start, not the one who serves the world. That comes later. We begin as those who have been served by the Messiah Jesus. We are those who have been washed by him. We are those who feed on his body and blood. We are those who live because he died and rose again. The fount of the Christianity tradition can be found here. On this night Jesus serves us. As Jesus told Peter we only have a place with Christ because he washes us.”

Karen Katulka lives the Christian life in front of a crowd at the ball pit in IKEA: “We were getting nowhere fast. But I still had this weird desire to humanize her. I asked her for her name.
‘Why do you want to know my name?’
‘Well, I’m Karen. And these are my children.’
‘So what?’
And since she was right, I stopped. So what? I didn’t know why I was trying to make sense of this situation. My palms sweating, heart pounding, I reached for my phone to call my husband telling him to abort the plan. It was time to go. The kids and I walked away.”

Anne Pharr invites Christians to consider the rich mission ground of the community college: “This view — that community college students are so much more than any label or category we might be inclined to apply — is deeply rooted in the Scriptural principle that each one of us — my students, my colleagues, and me — is a person created in the image of God. Each of us has divine fingerprints all over us. And each of us — without exception — has something valuable to offer to our world. Something that will be missing unless we live out our unique, God-given identity.”

Jeffrey M. Jones works through recently released statistics on church attendance: “Although some of those who do not identify with a religion nevertheless indicate that they belong to a church, the vast majority of nonreligious Americans do not. In 1998 through 2000, one in 10 Americans with no religious preference said they belonged to a church, as did an average of 7% in the past three years. As such, there is an almost one-to-one correspondence between not being religious and not belonging to a church. Consequently, the 11-point increase in no religious affiliation accounts for the majority of the 17-point decline in church membership over the past two decades.”

Jacob Mikanowski examines the rising popularity of historian Timothy Snyder, author of Bloodlands: Europe Between Hitler and Stalin. “Snyder’s relentless hammering at Trump’s connection to Russia and the dangers Putin poses has raised doubts even among those inclined to be sympathetic to his overall reading of the crises confronting democracies.... His single-minded focus on the possibility that such disasters will reoccur — while great for selling books — may leave him blind to how much of our current political life still hinges on the pettier planes of corruption, malfeasance, and incompetence. And if the great disaster ever arrives, there still may be a case for not reacting too rashly. After all, the 18th lesson in On Tyranny is ‘Be calm when the unthinkable arrives.’”

The Indian Express reports on the latest news of the Easter Day bombing of Christians in Sri Lanka: “Sri Lankan Health Minister and government spokesperson Rajitha Senaratne said the National Towheeth Jamaath was suspected to be behind the deadly serial bomb blasts. He also said that all suicide bombers involved in the blasts were believed to be Sri Lankan nationals. ‘There may be international links to them (National Towheeth Jamaath),’ he added.”

Gaby Del Valle wonders about the future of Paris tourism: “Notre Dame is Paris’s most popular destination for tourists. In other words, it’s the biggest tourist attraction in one of the world’s biggest tourist cities. Before the fire broke out, it was open 10 or more hours a day, seven days a week. Approximately 30,000 people visit the cathedral each day, and nearly 13 million people visit each year. Some come for the stunning Gothic architecture; others make the trip to pray and view sacred items in the cathedral’s reliquary, including the crown of thorns. The cathedral has been free to enter, but visitors were required to pay a small fee to enter the crypt (€6, or just over $6) and the tower (€8.50, or just over $9).”

Denny Burk rounds up useful resources on the compatibility of social justice and Christianity: “Shenvi concludes his presentation with some really wise, biblical advice for future dialogue about these sensitive topics. It’s easy to alienate and divide from theological opponents. But if you actually desire to persuade people to hear and believe the truth, then you need to take every one of Shenvi’s suggestions seriously. They are spot-on. Among one of his more sage observations, Shenvi argues that calling fellow Christians ‘Marxists’ is probably not the best way to persuade people to listen to you.”